MORGANTOWN – An arrest has been made in a downtown Morgantown attack that put a man in the hospital. 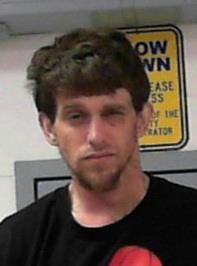 Thomas James McDaniel, 30, with no known address, has been arrested and charged with malicious assault for the incident Monday afternoon along Walnut Street in Morgantown.

Police arrived on the scene of the assault at 12:42 Monday afternoon and found that the victim, who has not been identified, had been hit the head from behind with a baseball bat. Officers provided first aid until paramedics arrived on scene to take the victim to Ruby Memorial Hospital.

Witnesses provided a description of the suspect to officers and reported that McDaniel and the victim had an ongoing dispute that led up to the attack.

On Wednesday, officers spotted McDaniel near Chesnut Street. When McDaniel spotted the police, he entered the Salvation Army, where police took him into custody without incident.

During the arrest, McDaniel was also found to be in possession of methamphetamine.

WVU officials offer details on the return to campus→