FAIRMONT, W.Va. — Four Fairmont residents have been charged in connection with into a July boating accident on the Tygart River that seriously injured a Bridgeport man.

The pair traveled to Heston Docks in Bentons Ferry where Meredith rented a speed boat and signed as the operator throughout the day.

After renting the boat they picked up Justin Malott, 33 and Ashley Malott, 35, both of Fairmont, at a beach area. Documents say the Malotts had their own cooler of ice and alcoholic beverages along with one that was brought by Meredith and Taylor.

When the group arrived Heston Farms Beach, Meredith smoked more marijuana. A witness told investigators he saw Meredith stumbling as he walked on shore. The witness thought Meredith was too intoxicated to operate the boat.

When the witness stepped in, Ashley Malott told them she would operate the boat instead, however, Meredith began to drive the boat north when they left the area.

Meanwhile, a group of 11 people were swimming in the river near a boat dock on Dunn Avenue in Fairmont when they “saw the boat closing at a high rate of speed. The group of swimmers began to wave their arms and yelling to alert Meredith swimmers were in the water.

Twenty-two year old William Elliott, 22, was unable to get out of the way and was struck and suffered serious injuries to his left leg and right foot. Elliott’s left leg was later amputated below the knee.

According to people on the boat, Meredith thought he may have struck someone and then took the Malott’s to their vehicle. Meredith also left at that time in Taylor’s car.

Taylor, the Mallot’s admitted to being on the boat and Meredith admitted to operating it.

Meredith has been charged with reckless operation of a watercraft and failure to render aid. He is currently out on bond.

Taylor, Justin Malott and Ashley Malott have been charged with conspiracy. They are each out on bond. 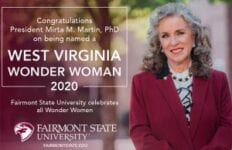