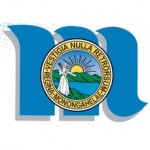 The last two regular council meetings have included requests to look into accusations of employee mistreatment by an unnamed council member.

“There was an incident in city hall that which employees, including a subordinate of a city employee and for all intense and purposes the whole third floor of city hall, heard about that in my opinion lend themselves to be considered a hostile work environment,” explained Councilman Wes Nugent.

Nugent’s Tuesday night request for a special committee, made up of 2 council members, the city manager and the mayor, to investigate the accusations failed in a 4-3 vote. Nugent, Mike Fike and Ron Bane were the three supporters.

Bane publicly apologized for the behavior without mentioning specifics last night. He called for other council members to do the same. That’s after his request for an executive session on matter also failed at council’s prior meeting in May.

“I wasn’t involved, but as being a member of council, when you do something like that, you need to apologize. That’s all I can say,” Bane told WAJR.

Bane, who initially brought the matter before the public, while also not compromising confidentiality, said none of it will likely be addressed again.

According to Selin, council as a whole needs to operate respectfully.