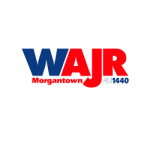 The 80-year-old, whose name has not been released, was flown to Ruby Memorial Hospital with head injuries.

West Virginia State Police were called to Fields Creek Road at 9:30 a.m. where they found a car had struck the mower.

The accident was near the Preston and Monongalia County line.

There were no other injuries reported.

Taylor said no charges will be filed.