MORGANTOWN, W.Va. — Several Morgantown area charities are in line to receive federal funds with the assistance of Morgantown City Council.

During council’s regular meeting Tuesday, an ordinance was unanimously approved to allocate over $450,000 in Community Development Block Grant – Cornoavirus (CDBG-CV) funds, granted via the CARES Act back in March. These funds, will allow local charitable organizations around Morgantown to help handle the headwinds suffered at the hands of the COVID-19 pandemic.

“The CDBG-CV funds are used to assist programs that service low income and underserved populations that were negatively affected by the COVID-19 pandemic,” explained Morgantown Interim City Manager Emily Muzzarelli during council’s meeting.

The funds are being allocated to three different local groups and assistance programs in the Morgantown area. Along with $200,000 being allocated for the Food Pantry Assistance Program, money will also be given to the United Way MPC and Meals on Wheels, organizations who’s base of operations are located in Morgantown. These funds, as part of the passage of the CARES Act, will also assists those who have been effected by the pandemic and are using these local organizations for assistance.

“We’re primarily geared at two goals, and that was preventing eviction and the foreclosure of homes, as well as insuring that folks did not go hungry,” said Muzarelli regarding how the funds are expected to be used.

The close to half a million dollars in federal funds, is expected to be used to fund several aspects of United Way, Meals on Wheels and others that were affected by the COVID-19 pandemic. Basics such as staff salaries, utilities and cost of rent, are among the provisions that the relief funds are allowed to be spent on after the CARES Act was passed with requirements set by the U.S. Department of Housing and Urban Development (H.U.D.) before funding was sent on a local level. The allocation of the funds to the local groups was passed unanimously without much argument from council.

“Many, many residents of the City of Morgantown are receiving the benefits from, you know the services that we’re able to coordinate from Preston County as well as addresses and programs that are in adjoining cities such as Westover,” said Morgantown Deputy Mayor Rachel Fetty regarding the expanded efforts of local groups.

Whether these federally granted funds are going to be the beginning or the end of COVID-19 funding relief still remains to be seen. Political gridlock on a national level, is preventing further COVID-19 stimulus to be passed with the results of the 2020 Presidential Election still yet to be officially confirmed, adding to the further stalling of potential relief. In the meantime, local charities that have been working overtime since the pandemic’s official arrival, are going to get some financial support in a time where it’s severely needed to help those who badly need assistance during an unprecedented point in history.

“All of these things have had a very detrimental effect on hundreds and thousands of Mon County families and families in our city, so I’m glad to see that it’s going toward direct aid,” said Fetty. 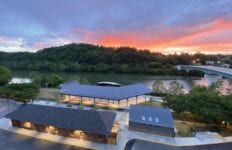 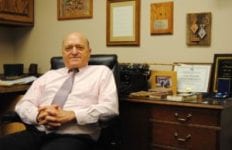 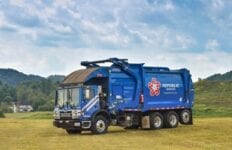