MORGANTOWN,W.Va. – Democrat Mon County Delegate Barbara Fleischauer is speaking out in the wake Dr. Cathy Slemp’s resignation. Fleischauer says Slemp is a highly qualified professional with a level of experience that is needed during the pandemic and will be missed.

“I think she’s a wonderful public servant I’ve know her for years. She was head of threat preparedness,”Fleischauer said,”She’s been trained to do exactly what she’s doing, I think she’s done a wonderful job.”

Fleischauer says the loss of a knowledgeable female leader is a step in the wrong direction.

“I particularly upset as one of just a few women in the legislature, that when there was someone in those daily briefings that looked like me who was very knowledgeable being taken off the screen,”Fleichauer said,”That bothers me.”

Fleischauer contends the real problem in the department is funding. Since the 2019 H1N1 epidemic public health employees have dropped from about 850 to under 400 workers.

“In 2016 their budget for the bureau which filters down money to these local offices was cut by 25 percent,”Fleischauer said,”That budget cut lasted for three years.”

Fleischauer says Dr. Slemp had to rely on departments in all 55 counties, including separate reporting systems for corrections.

“The head of public health does not have the power to make those numbers instantly correct,”Fleischauer said,”We have different technology systems at corrections and at local public health.”

Fleischauer urges the governor to nominate a new public health officer and go through the Senate nomination process. 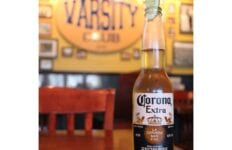