MORGANTOWN, W.Va. — A potential solution for the closing former Mylan Plant in Morgantown is appearing to show some life.

Not even a week after the pharmaceutical plant that was formerly owned by Viatris, officially closed it’s doors for official business, Monongalia County Delegate Barbara Evans Fleischauer announced on WAJR’s Talk of the Town Tuesday that the plant was granted a critical infrastructure facility designation by the Department of Homeland Security’s Cybersecurity and Infrastructure Security Agency (CISA). With this designation, the plant that was considered a non-recoverable loss with 1,400 jobs going down with it, is now getting some level of direction towards coming back to life.

“They (CISA) confirmed that the plant has critical infrastructure designation, so I was very happy with the response,” said Fleischauer regarding the letter

This request by Fleischuer was one of several that were made ahead of the former Mylan Plant’s scheduled shutdown on July 31. As part of the former Mylan Plant’s designation as critical infrastructure, efforts can be made on a government level, to work with either Viatris, or another company to use the facility as part of the designation. This would include the requirement of not selling off pieces of the plant or to keep the plant idle. Keeping in mind the COVID-19 pandemic and the immediate lessons to be learned about outsourcing medical supplies, Fleischauer hopes the facility that was known for over a half a century for making generic pharmaceuticals, can stay that way.

“Well I envisioned that it would be used for pharmaceuticals because that’s what the designation was for,” said Fleishchauer on Talk of the Town. “But I know behind the scenes, there is work going on to try to put something together,” she said.

While nothing is officially confirmed, Fleischauer stated that she believes efforts are being made on a federal level to work with a company to keep the plant open. Using the similar example of a pharmaceutical manufacturing plant in Bristol, Tennessee, she hopes that a solution can be found within the next few months, giving a potential lifeline for the former Mylan Plant and it’s 1,400 workers, even if it’s just for the duration of the COVID-19 pandemic.

“There would have to be some kind of an agreement with Viatris, but I know behind the scenes there is work going on to try to put something together using that letter,” she said.

While the ball is rolling in the right direction, there is not official time frame or status of the negotiations for the operations of the former Mylan Plant and it’s emergency designation. According to Fleischauer, with this designation, it will buy extra time for the plant to actually find a company willing to use the facility for more than just a profit-and-scrap operation. Even though the possibilities are still slim to none, the slim margin has increased slightly in keeping jobs in Monongalia County and in North Central West Virginia.

“I don’t think anything is going to happen immediately,” said Fleischauer. “It took a couple of months for them to work something out in Bristol, but I’m happy that this designation happened, and I’m hopeful that it will lead us to a way to save the plant,” she said. 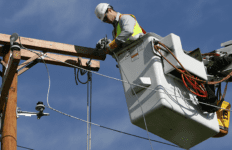