CLARKSBURG, W.Va. – Former WVU professor, Dr. James Patrick Lewis, of Fairview, has been sentenced to three months in prison for fraud involving West Virginia University, according to the U.S. Department of Justice. Lewis was also fined $9,363 for the cost of the incarceration and ordered to pay $20,189 in restitution to WVU, which is paid in full.

Lewis was a tenured professor at West Virginia University in the physics department, specializing in molecular reactions used in coal conversion technologies. In July 2017, Lewis entered into a contract of employment with the People’s Republic of China through its “Global Experts 1000 Talents Plan.” China’s Thousand Talents Plan is one of the most prominent Chinese Talent recruit plans that are designed to attract, recruit, and cultivate high-level scientific talent in furtherance of China’s scientific development, economic prosperity and national security. These talent programs seek to lure overseas talent and foreign experts to bring their knowledge and experience to China and reward individuals for stealing proprietary information.

In March 2018, Lewis submitted a request to WVU for an alternate/parental work assignment, requesting to be released from his teaching duties for the fall 2018 semester in order to serve as the primary caregiver for a child he and his wife were expecting in June 2018. Rather than caring for his newborn child, Lewis planned to work in China during the fall 2018 semester as a part of his agreement with the “1000 Talents Plan.” Based on the false justification Lewis offered, WVU granted his request.

In the fall of 2018, Lewis spent all but three weeks of the semester in China while his newborn child remained in the United States. During this period, Lewis received his full salary from WVU pursuant to his alternate/parental work assignment. Lewis’s scheme allowed him to fraudulently obtain $20,189 from WVU.

Lewis is no longer employed by WVU, having resigned in August 2019. He has been ordered to self-report to prison in 30 days.

WVU cooperated in the investigation of this case. 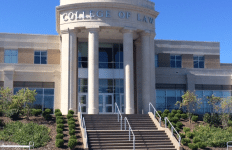 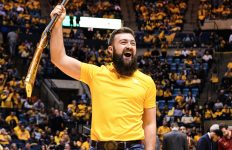