MORGANTOWN, W.Va. — Morgantown residents in the Greenmont Neighborhood are expressing concerns about an increase in vagrancy as we head into the summer.

Neighbors along Decker’s Creek Avenue, are speaking out about the return of a portion of the homeless population who were prominent on their street around this time last year. While the amount of homeless people who are currently occupying the side of the road are significantly less than there were back in 2020, a lot of familiar sights are being seen much like at the former Diamond Village encampment last year.

“You know, it started with one or two tents I’d say about two weeks ago and then in the past week or so it’s just blown up big time,” said Morgantown resident Brian Crowe who’s lived along Decker’s Creek Avenue for the past three years. “I don’t know how many exactly are there because they are kind of tucked down over the hill, but there’s piles of their belongings out along the side of the road and even encroaching into the road,” he said.

The return of the vagrant population on Decker’s Creek Avenue, has been taking place over the past few weeks according to Crowe. Not far away from the former Diamond Village homeless encampment, close to a few dozen started setting up tents along the side of Decker’s Creek and out of clear sight of the road. With the tents coming up, also came concerning sights of apparent drug overdoses and other vagrant related issues.

“I have seen firetruck and ambulance and cop activity down there on at least two separate occasions,” said Crowe speaking about his observances. “You know I can only speculate what that is so, most likely overdosing which we dealt with all last year,” he said.

Crowe stated that calls have been made to city officials by him and his landlords when suspicious activity was seen earlier this week. While he called the Morgantown Police Department, who then directed him to city officials, the landlord reportedly contacted Morgantown City Councilor Bill Kawecki, Deputy Mayor Rachel Fetty and Monongalia County Commissioner Tom Bloom. While Crowe couldn’t confirm any conversations regarding those calls, his response from city officials was that eviction notices were issued to those occupying the tents with the expiration date scheduled for late June.

“I’ve personally called the city on Monday of this week,” he said. “And they said that they were aware of scenario, they’ve been served an eviction notice, supposedly that eviction notice, they have until the twenty-seventh of June to be out of there,” he said.

So for now, it’s a wait and see approach with for Crowe and several other residents along Decker’s Creek Avenue. These residents, many of whom are families, have expressed previous concerns of the vagrant population which helped lead to the creation of the Mountaineer Regional Sobering Center expected to open this year, which includes beds for the homeless. Now, as a small but dense population begins to repopulate the Greenmont Neighborhood, the need for the facility’s opening appears to be happening sooner than later.

“You know I don’t want to find used needles on my steps,” said Crowe. “I don’t have any kids but there’s families around here and there’s pets all over the place, we have to watch out for that stuff, it’s serious,” he said.

Pedestrian hit on southbound I-79 Thursday→ 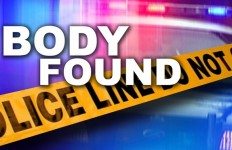