MORGANTOWN, W.Va. — The Monongalia County Board of Education is speaking their opposition against a bill currently under consideration in the State House of Delegates.

During their regular meeting on Tuesday, members of the board spoke unanimously against the resurrected House Bill 2433 which would make several changes to the public school calendar statewide. The bill, which proposes reducing the school calendar from 180 to 170 days and having it begin after Sept. 1 and end by May, brings up several concerns expressed by the board.

“I say it’s simple but a school calendar is pretty important to your community,” said Monongalia County School Superintendent Dr. Eddie Campbell. “They plan their vacations around that, they plan their year around that, their work schedules, and so to take that away from the local board of education, you know, really doesn’t make any sense in the context of, we want you to have more control locally,” he said.

Dr. Campbell, and the majority of the school board, all took time during the meeting to express individual concerns during their meeting over H.B. 2433. Their biggest concern, would be the potential inability for teachers and for students, to adequately provide for a full school year in the condensed time frame. If passed, the bill would force the Mon County School System to make several changes to their schedule and curriculum, and that’s without the potential of school closings in the Mountain State due to inclement weather during the year as well.

If the bill passes the house, there will still need to be a vote at the State Senate level, and all of the procedures that the bill would then face during their process. If H.B. 2433 gets the full go ahead by the Senate and then Governor Jim Justice after passing the house, Campbell says that the Mon County School system would respond. This would include working with the Department of Education on a waiver process, which would give schedule flexibility for school systems that he says would be looked at intently.

“The fact that they include in there the opportunity for a waiver, which I think if this bill were come through and be successful, I think our board of education would certainly try to seek a waiver so that we could get back to a calendar, that our community has been comfortable with for several years now,” he said.

This is not the first rodeo for H.B. 2433 and what it’s proposing in regards to the legislative process. Not only is this bill currently in the process of a House vote after amended readings, it is expected to be discussed on the House Floor in Charleston on Wednesday. The bill has also been rejected in the past, with it not passing the House stage during last year’s legislative session. The hope for Dr. Campbell, and for the Mon County BOE, is that the bill doesn’t make it pass legislation stages once more, and school systems can decide for themselves when their school year begins and ends.

“We’re hoping that people would see that and they’ll just allow us as Monongalia County Schools to create our calendar, something that the community can support,” he said. 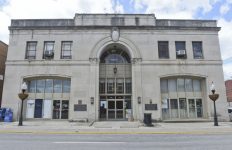