MORGANTOWN, W.Va. — The City of Morgantown is moving forward with improvements for the Morgantown Fire Department and an official support for the Human Right to Food.

During Morgantown City Council’s regular meeting Tuesday, Council decided to move forward with the approval of the purchase of a new ladder truck for the fire department and the passing of a resolution which formally supports the Human Right to Food. Both the resolution and the ordinance were passed unanimously and is part of several moves passed over the past few months, that updates equipment for the Morgantown Fire Department, and the continued support of social initiatives.

“The City of Morgantown over the last number of years has certainly demonstrated the desire that Morgantown has been very dedicated and been deliberate in paying attention and wanting to pay attention to human rights,” said Morgantown City Manager Kim Haws

The Morgantown Fire Department, will be looking forward to a new ladder truck that is being highly endorsed by department officials. The new vehicle, is a eighteen foot long truck that is expected to replace a twenty-five year old truck used by the South High Street Fire Station, that is a more mobile unit with an improved ability to make turns that can be considered difficult while driving on Morgantown roads. This mobility, would allow for firefighters using the vehicle to respond to calls in a more timely manner while avoiding the downsides of driving around Morgantown in the event of an emergency.

“The eighteen foot, allows us to try and stay in some of the twenty foot right-of-ways per say in the city, and stay on the streets for setups,” said Morgantown Fire Chief Eugene Deem elaborating on the benefits of the new vehicle.

The money for the new truck will be supported through the City’s escrow fund, which according to Hawes has been budgeted for several years. Council also approved the purchase of replacement gear for the Morgantown Fire Department as part of it’s consent agenda.

For Council’s resolution supporting the Human Right to Food, the ideas behind it follow several other human rights initiatives that have been officially supported over the past few years. Much like the city’s welcoming statement, this resolution formally states that the City of Morgantown looks to continue support members of the community who have food insecurities either through the allocation of funds, or through grants. As part of the City of Morgantown’s goal to continue supporting human rights initiatives, members of council didn’t take long to approve the resolution unanimously.

“I think that it’s important that as we progress as a society forward that we expand what our notions of what human rights are,” said Morgantown City Councilor Brian Butcher ahead of the vote. “And what we believe that people have a right to, as being born on this earth,” he said.

Council also had residents speak about the planned warming shelters located at Hazel House of Hope on Scott Avenue. The residents, spoke in approval for recent initiatives that have been used to help inform those who are homeless and unaware of such a shelter, and to help with transportation to the location. Despite that, there were continued calls by residents to consider a downtown warming shelter that would have more expansive openings, with the hope that expanded options can be available in the future.

“I was happy to have participated in a lot of discussions over the last week or two, concerning optimization of the warming shelter,” said Morgantown Deputy Mayor Danielle Trumble. “It sounds like some other folks are meeting tomorrow and we’re looking forward to that,” she said.

Council also approved an ordinance amending article 373 in the Morgantown City Charter, which includes changes to stop and yield driving laws and helmet requirements for those who are 15 year or younger, making it a requirement for them to do so whenever riding a bike. 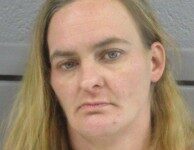