KINGWOOD, W.Va.– One person is dead and three others injured in a head-on crash along Veterans Memorial Highway in Preston County. Elizabeth Renshaw, 83, of Kingwood was pronounced dead at the scene of the accident Tuesday evening.

The two-vehicle accident involving a pick-up truck and sedan occurred Tuesday evening around 5:00. Elizabeth Renshaw was a passenger in the car being driven by Thomas Renshaw, Jr., 64, of Roanoke Rapids, North Carolina. HealthNet was called in to fly Thomas Renshaw to Ruby Memorial Hospital for injuries he sustained in the accident.

The two people in the pick-up truck were also injured and transported to Preston Memorial Hospital.

The accident is still under investigation. 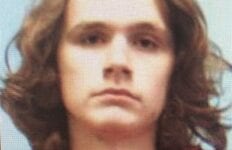