MORGANTOWN, W.Va. – The West Virginia Department of Health and Human Resources (DHHR), Bureau for Public Health has confirmed an influenza-associated pediatric death for the 2019-20 flu season in Monongalia County.

West Virginia state health officer Dr. Cathy Slemp was a guest on Talkline and says the last pediatric flu death was in the 2017-18 flu season.

“We tragically has our first pediatric death from influenza last week,”Slemp said,”It’s a very rare event, the vast majority of cases are mild and people get over them in a few days.”

Influenza-related deaths of children under 18-years-old are of serious concern and must be reported to the local health officials within one week. No other details will be released.

“We extend our deepest sympathies to the child’s family and friends,” said Dr. Cathy Slemp, State Health Officer and Commissioner of DHHR’s Bureau for Public Health. “Such a loss is always tragic. While most people recover from the flu in a few days, it clearly is and can be a serious and life-threatening illness in both children and adults.”

Slemp adds the flu shot is a reliable defense for the flu.

“It is never too late to get a flu shot, especially when the virus is circulating in the community,”Slemp said,”We really encourage anyone six months of age or older to get a flu shot and it’s especially important for those under 5, the elderly or have chronic health conditions.”

Slemp says residents should wash hands frequently with warm soapy water, if you’re sick stay until you are fever-free for at least 24-hours, cover your cough and promptly throw away tissues. 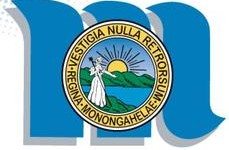