Poston’s stepfather, Joe Johnson, found Poston June 26 in a pullout off Route 119 near the Taylor/Monongalia County line on Black Mountain. Poston had been shot six times.

An autopsy determined Poston had been shot two times in the head and four times in the torso and there was little sign of a struggle. The medical examiner determined the shooting was a homicide.

Detectives from the Taylor County Sheriff’s Department matched shell casings from the murder scene, in a truck belonging to Price and on his property to a .22 caliber pistol he owned.

Price was arrested for murder July 6 and is being held ion the North Central Regional Jail. 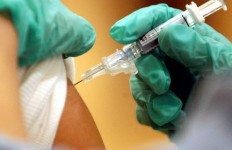