MORGANTOWN – West Virginia Auditor J.B. McCuskey believes there has always been a will among municipal governments across the state to provide a transparent accounting of their finances but there has not always been a way, until now.

McCuskey was recently in Monongalia County where around 30 individuals from cities around the state came to an open session to learn more about OpenGov and Project Mountaineer.

“What Project Mountaineer does, is gives our office real-time access to our municipalities financial data so that we can use artificial intelligence, bench-marking, our fraud monitoring software to make sure that their financial status stays in good standing and if it doesn’t we’ll know immediately as opposed to 12 months later when the audit is completed,” McCuskey stated on Talk of the Town with Dave & Sarah.

McCuskey has already put the state’s finances out for public consumption through WV Checkbook and Monongalia County was the first local government to embrace the transparency and accounting program. Financial transactions can been tracked nearly in real-time and according to McCuskey gives residents a chance to hold their local governments accountable.

Now, McCuskey is hoping to get municipalities around the state on board and so far, the initiative has been well received.

“They see the utility of this and that their citizens want this information and they see our office is making their job as easy as possible.”

In the end, McCuskey is hopeful the tool, that is being provided by the state at no charged, will help build trust between local governments and residents.

“People are inherently distrustful of government and what this does it allows people to say to themselves, ‘I trust what they’re doing because they’re showing it to me.'” 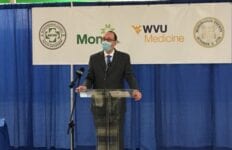 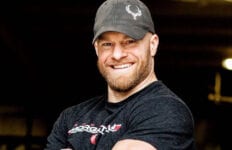