MORGANTOWN – There was plenty to talk about in 2019 on Talk of the Town with Dave & Sarah in 2019 with topics ranging from the impacts of annexation proposals to a legendary python. Dave & Sarah counted their top stories of 2019 on Tuesday’s show.

5. The Legend of the Sabraton Snake

The reported 15-foot python supposedly slithered away when the snake escaped it’s container in the owner’s pickup truck, prompting the owner to pullover and get out. The python was reportedly seen in the Sabraton area after it was first reported missing but was never seen again. The snake’s owner, Shane Stevens, was charged with a misdemeanor.

Of course there was lots of talk around the region about fixing the roads. Maybe the most significant development of the year was the formation of the North Central West Virginia Caucus on Roads, an effort to bring all the counties included in DOH District 4 together to have a stronger voice in Charleston. Meanwhile, repeated requests by the Monongalia County Commission for a sit-down meeting with DOH officials were finally granted and commissioners met with top transportation and road officials in Charleston.

All three municipalities have seen changes at key positions in the city administration and on city councils. In Fairmont, a new council was seated in an election that included a recount and the discovery of ballots that were not initially counted. However, the election was resolved with little controversy. A new Clarksburg City Council was elected in 2019, coming in with a new vision for where the city should be going in the future. All three cities saw their city managers step down for various reasons.

2. Dealing with problems related to homelessness

Homelessness and the problems that are associated with it became focus around the region in 2019. The City of Clarksburg altered ordinances regarding needle exchange programs. Business owners in downtown Morgantown expressed their frustrations with growing issues in downtown that are now hurting business. Those complaints led to an October meeting with city council members and city administration but no action. However, it was a group of stakeholders in downtown working with the West Virginia Coalition to End Homelessness that came together in a matter of weeks to find stable housing for 27 people.

Starting with budget transparency, the city attorney, 1% sales tax, BOPARC funding, ballot signatures, annexation debacle, the near botched negotiations over a new raw-water pipeline, inaction on downtown issues, seemingly always at odds with other entities ; anyone of these could have been in the top 5 by itself. However, all put together they illustrate the dysfunction of the municipal government in Morgantown. 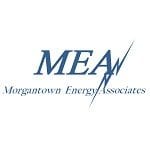 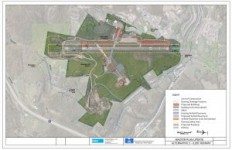 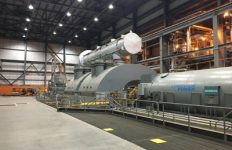