Morgantown council members heard public comment questioning the tone of relations between minorities and the Morgantown Police Department. In response, councilor Zack Cruze, Deputy Mayor Rachel Fetty and Mayor Rachel Fetty will be part of a special committee to be formed to analyze the issue.

President of the Morgantown/Kingwood Branch of the NAACP, Dr. Jerry Carr told council members the current climate gives them a unique opportunity to act.

“Morgantown as a city has an opportunity here to guide the rest of the state on how to handle these types of discussions,”Dr. Carr said,”And that starts with just the idea of letting people see how things are done in a more public light.”

Community Outreach Director for the West Virginia ACLU and NAACP member, Mollie Kennedy testified during the public portion that statistics released by the city do not reflect the reality of how people feel.

“Numbers that show we don’t have a large number of complaints here, it’s not the same as other places,”Kennedy said,”I just want to remind folks there are a lot of members of the community that don’t feel safe or comfortable filing a complaint and completing that process and it doesn’t mean the problems don’t exist.”

“I have certainly heard stories about black people being stopped disproportionately, made to answer questions, made to do things that white people do not have to do and I am not stopped that way,”Cohen said,”I look on the police as friends and protectors, but I’m not black.”

Powell told council members the purpose of deescalation is compliance. So, the least amount of force is always used to gain compliance, prevent property damage or personal injury. Deescalation also plays a key role to keep people calm during a traumatic situation so they can remember descriptions and details.

Powell cited the “Snow Day Riots” of February of 2019 when tear gas was after officers were attacked with bottles by a large group of students.

Dr. Carr told council members he has the experience to establish an oversight council or advisory group and the procedure can build positive relationships in the community.

“Have that additional body there to really help solidify that relationship between the police and the community and make it one,”Dr. Carr said.

Councilor Zack Cruze urged council members to have a strong minority representation on the committee.

“If we’re working to address racial justice or issues which unequally effect minorities or discrimination,”Cruze said,”I believe those subjects should largely be lead by black individuals or persons of color.” 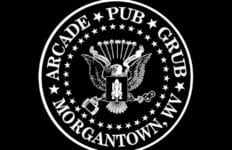