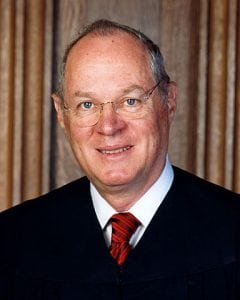 Kilwein said with the looming threat of a potential “blue wave” election, one that would significantly favor Democrats during the November midterms, Republican majority in the Senate will want to move quickly to confirm a successor to Kennedy, who leaves the court July 31.

“I’m pretty sure (Democrats) never would have confirmed or even had hearings, probably,” Kilwein said.

Senate Majority Leader Mitch McConnell confirmed as much to national media outlets Wednesday afternoon, suggesting the Senate would like to vote on a new nominee for the Supreme Court during the Fall.

“I think there are a lot of moderate Republicans out there who are worried about losing their seat that now think to themselves, ‘Jeez, what’s this going to do?'” Kilwein said. “If the Democratic base was riled up already, this is going to put them into a whirling dervish.

Kilwein said even with an unfavorable map where Senate Democrats are playing a lot of defense and a heavily gerrymandered House of Representatives, data and polling has indicated that Democrats have a legitimate chance at claiming one or both chambers of the Legislature in November.

RealClearPolitics lists 32 seats in the House of Representatives, 28 currently held by Republicans, as toss-up seats heading into November’s election.

“I do think it’s going to have an immediate impact on the race,” Kilwein said.

Citing primarily the debate over reproductive rights and abortion, Kilwein said the timing of Kennedy’s retirement mirrors the timing of Justice Antonin Scalia’s death nine months before the 2016 Presidential Election.

Already, there are calls from Democrats in the Senate to wait on confirmation hearings until after a new body is seated in January 2019.

“Sen. (Mitch) McConnell set the new standard by giving the American people their say in the upcoming election before Court vacancies are filled,” Democratic Senator Dick Durbin said in a statement. “With so much at stake for the people of our country, the US Senate must be consistent and consider the President’s nominee once the new Congress is seated in January.”

Kilwein said Republicans in the Senate have no underlying motivation to wait on a confirmation hearing — and that a potential “blue wave” offers additional motivation to confirm now.

“You could see another person like Gorsuch, and then if that’s the case then the Court is going to move significantly to the right,” Kilwein said. “I could see Roe v. Wade overturned or significantly narrowed, and a whole host of other issues.”

Kennedy, 81, has often been described as the swing vote on the Court, despite holding conservative credentials when first appointed to the Court by then President Ronald Reagan.

“It’s just an indication of the Court moving significantly to the right so that somebody who seems like a more conservative pick when he was appointed now has become this kind of right-of-center swing vote,” Kilwein said.

Kennedy cast a number of key votes with the Court’s more liberal wing, including a 2015 decision that essentially legalized same-sex marriage in the United States.

Kilwein said even with the motivation Republicans in the U.S. Senate have to confirm a nominee before November’s election, they still have to thread the needle to some extent.

“Trying to keep people happy among religious conservatives that you were committing to overturning Roe,” he said. “But on the flip side, and especially in this coming election, you could really alienate a lot of female Republican voters in the so-called Philadelphia suburbs.”

“What’s he going to do? Kilwein said. “Well a rational politician might say, ‘Maybe I’m not going to pick a fire and brimstone candidate. Maybe I’m going to try to come more middle of the road because I don’t want to do what I’m suggesting might happen.'”

Kilwein added that it’s difficult to predict precisely what the President might do, but reitereated his expectation of a Supreme Court moving right — one that he expects to further drive highly motivated Democrats to the polls later this year. 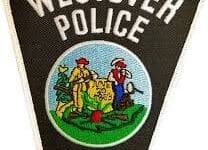