Deputies stopped Jasmine Robertson, 28, of Vienna, Va., on Fairmont Avenue after observing her driving with no headlights in dark conditions. After smelling a strong odor of marijuana from the vehicle deputies conducted a search.

Police uncovered 44 grams of cocaine, 38 MDMA pills, $3,990 in cash and a handgun that had been reported stolen.

Robertson has been charged with two counts of possession with intent to deliver a controlled substance. She is being held in the North Central Regional Jail. 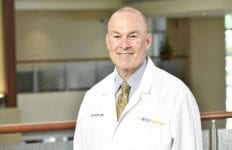